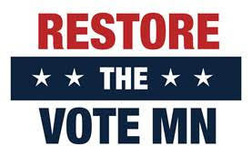 We are at a major turning point for Minnesota. Restore the Vote is once again before Minnesota state lawmakers.  Last year, the legislation was passed by the Senate before ultimately stalling in the House.  Restore the Vote will re-enfranchise approximately 47,000 people who are currently ineligible to vote, because of a felony conviction, even though they live and work in our communities.  Current policy, which this bill would change, unnecessarily and excessively discourages positive civic participation, perpetuates racial injustice, and adds cost and complications to voting.  The policy should be changed so that, like in many other states, once an individual is living in the community, they are eligible to vote.

Putting strong, vocal, and visible pressure on our lawmakers is the only way to guarantee they recognize the importance of Restore the Vote. Our ability to advocate for all issues important to League will depend on the resources we have … but right now we’re falling short.

The LWVUS Board set the following as the legislative priorities for 2017:
The board recognizes that the next year will be full of the unexpected. The main focus for LWVUS should be our MDW Campaign, but other topics are expected to pop up that are important to the LWV—including the Affordable Care Act (ACA), immigration and climate change. There will doubtless be other, unpredictable legislative issues. Advocacy staff, working with the president and advocacy chair, will respond to watchdog issues as time allows. The board can re-examine or re-align legislative priorities as the situation may dictate during this next year.

As we mark 97 years of Making Democracy Work™ this week and gear up for our 100th celebration (see below), let’s also make the most of urgent opportunities to act, including during the upcoming Congressional recess, February 20-24.


Recess is a great opportunity for Leagues around the country to attend town halls, forums or community events with their Members of Congress. A list of events has been put together by volunteers with The Town Hall Project 2018. Please consider sending this list around and encouraging your members to attend an event. For inspiration, see the League featured in this powerful Associated Press story about constitutents holding their elected official accountable.


There are many issues in front of Congress right now and they need to hear from you—including the future of the Affordable Care Act (ACA) (talking points below), the elimination of the Election Assistance Commission (EAC), and false claims of voter fraud around the country. If you have questions or want to discuss participating in these events, please contact LWVUS Grassroots Advocacy Manager Jessica Jones at jjones@lwv.org.


League Calls on U.S. House to Keep Key Elements of the ACA
​
The League sent an action alert urging members of the grassroots lobby corps to contact their Representatives regarding the Repeal of the Affordable Care Act (ACA). Please contact your Representatives or call 866-426-2631 to be connected via phone. You can also use this page to contact your Senators. Tell your member of Congress:

"The Vote is the Emblem of Equality -- And Now it is Under Attack."  Elisabeth MacNamara, Hufington Post, 2/11/13

CITIZENSHIP CEREMONY BLURB:  "Are you from the League of Women Voters? You do an awesome job!" Said the young man originally from Somalia. He approached us at the end of the ceremony as we were checking the forms that had been collected. He was actually leading a group of visitors to the U.S. from Dennmark and had brought them right from the airport to watch the ceremony. He told us that he had become a citizen 10 years ago and we had registered him to vote then...and he had voted every election since.  This is why we do this! So please join us at one or more of the above ceremonies.

LWV MN was named one of the ten "2012 Changemakers" for our leadership on opposing Voter ID.  Executive Director Laura Fredrick Wang noted that the campaign against Voter ID was a "campaign of conversations" and that League volunteers "took on the road to hundreds of forums in communities around the state."  CONGRATULATIONS!

This link will take you to the video address given by Dick Osgood in April 2011, discussing the state of Lake Minnetonka.  Mr. Osgood covers topics as lake level, aquatic invasive species, prevention programs and regulatory and policy-making structure of the lake.

The Minnesota Public Utilities Commission unanimously approved plans on 7/17/13 by Enbridge Energy to boost the capacity of its Alberta Clipper oil pipeline in Minnesota,  The tar-sands pipeline traverses Minnesota near Thief River Falls, Bemidji, Grand Rapids, and Cloquet on the way to Superior, WI and beyond.  Four articles that explain the dangers of this and similar pipeline are listed below.

"Importing Disaster: The Anatomy of Enbridge’s Once and Future Oil Spills"

2012 was a busy year.  Not only did League volunteers, members, and staff work tirelessly to ensure all eligible citizens were registered and prepared to vote in the November elections, we also worked at the local, state, and national levels on a host of other important issues. Click through to see what the League accomplished in 2012.

Together we fought attempts to limit voting rights, we petitioned the Environmental Protection Agency to make our air cleaner, we pressured Congress to address the influence of secret money in politics, and we worked to make our organization stronger from the grassroots up. These and the other highlights shown here represent justsome of the incredible work done by our members across the country and here in Washington.

The League of Women Voters Council of Metropolitan Leagues will be holding their quarterly meeting Saturday, January 19.  The public is welcome to join in the conversation, "Communities for a Lifetime," which will be held at the Richfield High School District Office at 9:30 am.  For more details, click the link above.

The Council of Metropolitan Area Leagues (CMAL) was established in 1962 in order to increase the knowledge and effectiveness of the local Leagues in the field of area-wide government issues.  It is an inter-league organization composed of all the local Leagues in the Twin City (Minneapolis/Saint Paul, Minnesota) seven-county metropolitan area which includes Anoka, Carver, Dakota, Hennepin, Ramsey, Scott and Washington counties.  Through CMAL, League members work to address governmental issues of metropolitan concern. 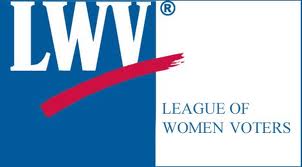